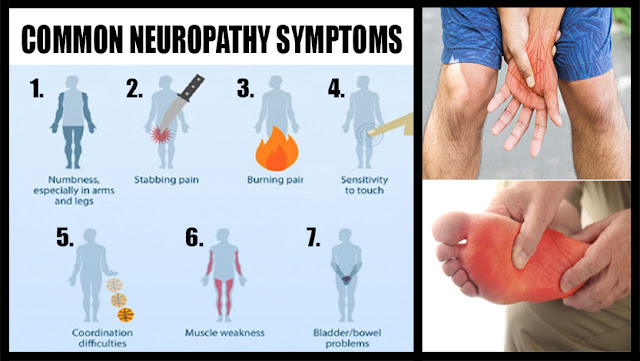 Living with chronic pain can be debilitating, frustrating, and just plain stressful for our minds and bodies.  Pain is your body communicating to yourself that something is wrong and needs attention.  A common cause of chronic pain is a condition called neuropathy.  There are several different types of neuropathy, including diabetic, peripheral, chemotherapy-induced, and small fiber among others.  Neuropathy is in short, nerve damage.  Causes of nerve damage can be wide-ranging, but most symptoms show as numbness or tingling especially in the arms, hands, and feet.  Symptoms also include muscle weakness or loss, burning sensation in extremities, sensitivity to touch, stabbing pain, bladder or bowel control issues, coordination difficulties, and loss of balance.  Because of the decrease in sensation in the hands and feet, long-term neuropathy sufferers often can have serious injuries to their extremities including wounds, infection, and fractures of the bones.
Although at first our instincts may tell us ignore pain to see if it just goes away, preventing nerve damage from chronic pain is an important thing to remember.  Medications simply cover the symptoms of pain, numbness or weakness but does not address the underlying cause of these symptoms.  Chiropractic care can help with all types of neuropathy.  Chiropractic targets the body as a whole unit, bringing all systems into alignment and regulation, including the nervous system, which can eliminate the condition itself instead of just the pain and numbness that accompanies it. When the body is being treated with its overall health in mind rather than just one problem area, symptoms of many problems or conditions can be reduced or eliminated at once.
A recent study was published following a male patient who had been suffering from chronic low back, leg and foot pain, along with associated neuropathy in the lower extremities.  He had been under physical therapy for 13 months and his condition had worsened.  He sought chiropractic care and found that not only did he have several subluxations (misalignments in the neck and spine), but his hips were so uneven that his legs appeared to be two different lengths.  His body had been under such stress for so long that instead of being distributed throughout the body, the subluxations were placing all stress on certain areas and they eventually became overworked and you have neuropathy as a result.  After just 2 adjustments, the patient reported improvement in sensation in the legs and feet and less pain.  Amazingly after just 4 adjustments this patient reported almost complete pain relief and was able to return to normal activities and reported an overall improvement of enjoyment of life!  Thanks to chiropractic care and working to uncover the root of the problem the body was able to heal itself. 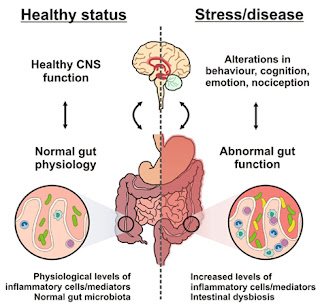 Did you know there are more microbia in your gut than there are cells in your body?  Your gut keeps a constant communication with your brain regarding both the quality and quantity of this bacteria.  For example, if there is an overgrowth of one particular bacteria in your colon, the digestive tract senses this overgrowth and sends a message directly to your brain to interpret and diagnose this message.  The brain determines the appropriate response and sends messages to your immune system, endocrine system (your hormones), cardiovascular system, and digestive system.  This entire communication process takes place every single day in our bodies.  This 2-way communication axis occurs mostly via the vagus nerve.  The vagus nerve or cranial nerve 10 (X) is the longest cranial nerve stretching from your brain stem through the atlas bone at the base of the skull all the way into your abdomen.  The close proximity of the vagus nerve to your atlas bone means that the slightest subluxation or misaligment of the atlas bone can potentially have huge implications for disease or disruption of the body.
Current research is shedding light on how important this 2-way communication between the gut and brain is.  In Frontiers of Neuroscience, a detailed research article explained the possible effects of interference of the vagus nerve may have on all areas of the body.  Specifically they looked at how abnormal function and flow of the vagus nerve can result in various types of digestive dysfunction such as inflammatory bowel disease, irritable bowel disease, crohn's disease, chronic diarrhea and chronic constipation.  Furthermore, the article shed light on the fact that because the vagus nerve controls anti-inflammatory responses that when someone experiences emotional stress with a dysfunctioning vagus nerve it can result in full body inflammation!
Chiropractic care influences the health and wellness of the vagus nerve by removing structural interference of the vertebrae.  Specifically, upper cervical chiropractic care focuses on the all important atlas bone and its alignment.  Gentle, specific, upper cervical adjustments focus to keep the nervous system functioning at its fullest potential.  The key to healing your gut abnormalities may lie in the health and wellness of your spine!  Chiropractic adjustments along with diet and exercise could be the combination to never dealing with gut issues again.  Want to learn more about the gut-brain axis?  Call or schedule online for a consultation.  We can help!
Yours in Health,

Urinary Incontinence or Bladder Leaking? We Can Help 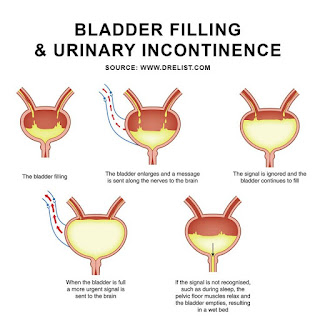 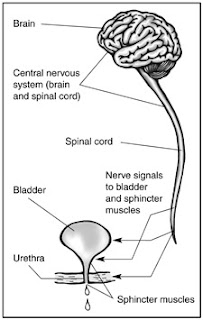 There are several different types of urinary incontinence including stress, urge, overflow, blockage, or temporary incontinence.  Did you know that chiropractic can help with some of these types of urine leakage?  No one wants to admit that urinary leakage is more common than we think.  In children, bed wetting is a common ailment that we assume kids will "grow out of" although there is scientific proof that chiropractic adjustments can halt bed wetting during the day and nighttime.  As adults, a common time for women to experience urinary incontinence is after having a baby.  Their bodies have just undergone a major change, and trying to find comfort in that new body can be difficult when you have the stress of leaking urine that you never experienced before!  For these women, it can be frustrating and embarrassing to feel out of control of their bodily functions.  Often times kegel exercises are recommended for postpartum moms, although recent studies show conflicting evidence about the effectiveness of kegels.
Often times women can experience urine leakage during coughing or sneezing, exercising, or even laughing!  These incidences are in the stress or urge types of incontinence.  As much as it may seem odd to relate your bladder to your brain, these types of bladder leakage can be helped with simple chiropractic adjustments.  Our brains send signals through nerves and the spinal cord (the central nervous system) down to our bladder and sphincter muscles located at S2, S3, and S4.  These signals allow our bladder (smooth muscle) to relax to allow the passage of urine.  When there is interference or a subluxation present in the neck and spine, these passageways are partially blocked, resulting in mixed signals to the S2, S3, and S4 and leakage or incontinence can occur.
A 2018 study followed a young mom who after having her first baby 3 years prior with severe perineum tears after delivery was still experiencing urine leakage. This patient experience urine leakage with little to no bladder fullness during daily activities such as coughing or sneezing, as well as without any triggers whenever her bladder felt about half full.  She also complained of lower back pan which is what initially brought her to the chiropractor after delivery.  Her doctor found several vertebral subluxations of the sacrum and lumbar spine (near her tailbone).  These subluxations were not only causing her back pain, but because the nerves were experiencing interference due to the vertebral subluxations, these misalignments were also the cause of  her bladder leakage and incontinence!  After only a few weeks under chiropractic care, this patient no longer experienced urine leakage when sneezing or coughing.  Her back pain was relieved as well and after 3 long years she could be comfortable and confident that her urinary incontinence had been eliminated!  Chiropractic care is an extremely important and useful part in postpartum care for women.

Are You Living With Post-Surgical Pain? Surgical procedures put our bodies under a tremendous amount of stress.  It is becoming more common for patients to have repeat surgery or "exploratory" surgery to try and cover up symptoms that arise after the initial procedure.  Pain is the number one post-surgical symptom that appears and can stay long after the recovery period.  This can be so frustrating for patients who turned to surgery for pain relief in the first place.  It is estimated that over 500,000 Americans undergo  back surgery each year, and some research has numbers projecting that back surgery to relieve pain has only a 30% success rate.  Other project that number to be even lower.  Often times surgeons refer their patients to other surgeons to look for a possible other "cause" of their pain but often times end up creating more symptoms by putting patients on more medications with dangerous side effects, or even worse, having a second unsuccessful surgery.
When we think of pain, our first goal is to resolve the symptoms for relief.  Relieving pain symptoms although fantastic, doesn't necessarily fix what the cause of the pain is.  There are little to no underlying symptoms without a cause.  By correcting the cause, the symptoms will dissipate.  Chiropractic care is a useful and noninvasive way to correct the underlying cause of back pain without drugs or surgery.
A recent study followed a 62-year old man who had chronic neck and back pain, along with numbness and tingling in his arm, and weakness in his arm as well.  He had 2 previous back surgeries over 25 years prior.  The patient had been experiencing these symptoms since 1991!  He constantly missed work as his profession was a mechanic, and finally sought alternative treatment after not being able to stand his symptoms any longer.  His chiropractic examination showed a forward head carriage that was not allowing his nervous system to function properly.  After 52 total visits of chiropractic adjustments, his neurological condition, pain, and neck dysfunction showed significant improvement, and he could return to work symptom-free!  Even after a 2.5 year follow-up to the initial study, his results were maintained with regular chiropractic adjustments.  His quality of life improved and he could live his life pain-free!  Although 52 visits may seem like a lot of visits, when looking at the fact that he had been in pain for over 25 years, that time of healing doesn't seem like much at all!  It is even a shorter time period than his previous surgical recovery periods 25 years prior.
Even after surgery, chiropractic adjustments can provide relief for those suffering with post-surgical complications and frustrations.